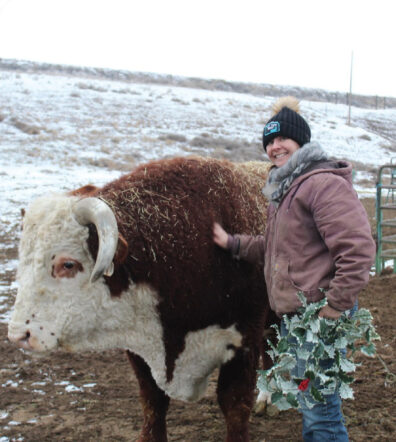 It can be late in the evening when Toni Meacham (Pierson) finally calls it a day. In between parenting and running KT Ranch in Connell with her husband and her 10- and 12-year-old sons, her sister’s family, and their parents, she practices law full time.

Meacham grew up in a close family and was groomed for a career serving agriculture at a young age by her late grandfather, Bill Bennett, a renowned Washington cattle rancher and former WSU Beef Herdsman. While in the fifth grade, Meacham met Mary Burke, a preeminent advocate of state and national water and property rights and a long-time cattle rancher from Cle Elum. Meacham admired Burke, realized she wanted to be like her and decided the best way to defend the good of agriculture was to become a lawyer.

A good student, Meacham participated in Running Start at Connell High School, earning high school and college credits at the same time for courses she took at Columbia Basin College in Pasco, WA. Armed with an Associate of Arts degree and law school in her sights, Meacham came to WSU in 1998. Dr. Jerry Reeves, a professor in the Department of Animal Sciences and a long-time family friend, took Meacham under his wing, gave her a job in his lab under the supervision of David de Avila, and encouraged her to consider a career in animal sciences. Ever the pragmatist, Meacham knew she needed an alternate profession if she was not accepted to law school and earned a Bachelor of Science degree in Animal Sciences in two years.

“I have always loved animal science and I loved reproductive physiology,” Meacham said. “I looked up to Dr. Reeves and Mr. de Avila. Their work was inspiring. If I did not get into law school, I was going to go to graduate school and earn a master’s degree in animal science.”

Meacham was accepted into the College of Law at the University of Idaho in Moscow, allowing her to go home on weekends and help on the ranch. She earned her Juris Doctorate degree in 2003, worked out of the Moses Lake area for a bit, then opened her legal office in Connell.

Meacham, Attorney-at-Law, is now living her dream. She has effectively married her law and animal science degrees and her experiences as a land and livestock owner into a powerful force that she uses to defend and protect the good of agriculture. Several of her current cases are defending livestock and landowners against allegations or policies enacted by government agencies and federal officials that affect their livelihoods. She also helps financially struggling producers file for bankruptcy protection, restructuring finances to repay debt and protect the farm from foreclosure. She credits some of her success to the science she learned at WSU. 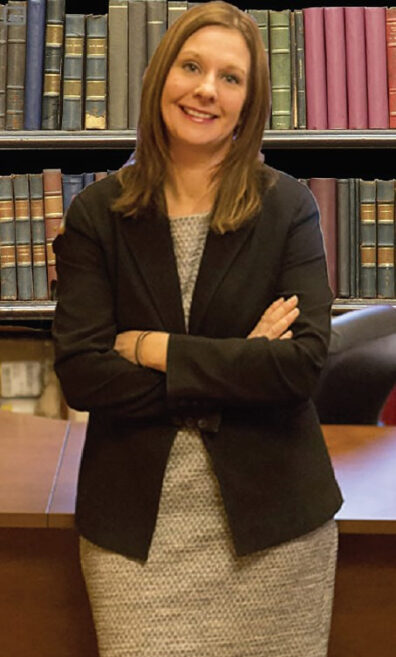 “Nutrition was not my favorite class, but what I learned is an asset,” Meacham said. “I understand what a ration is and that was invaluable in a dairy bankruptcy case I worked on. Not many attorneys understand these concepts. Teachers like Dr. Kris Johnson, whom I think are a benefit to the program, help animal science students fundamentally get ahead.”

Meacham was recently named one of ten Inland Northwest Women of the Year in 2020 by the Spokesman- Review for her tireless efforts to stand up for producers in the state and preserve and protect agriculture.

The Department of Animal Sciences also recognizes the enormous influence Toni Meacham has on past, current, and future challenges affecting agriculture, land and water use, grazing rights, and environmental issues and named her the 2021 Outstanding Alumnus. We are confident she will continue to work for the good of agriculture and protect the rights of farmers and ranchers.