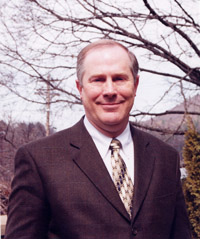 Randolph (Randy) Gross graduated with honors from Washington State University (WSU), with a BS degree in Agriculture Economics in 1971. However, Randy was most actively involved with the Animal Sciences Department, demonstrated by him receiving our Department’s Outstanding Dairy Student Award as a senior. The linkage to the Dairy industry would never be lost, and for nearly forty years, Randy has served our department by servicing the Dairy industry. While maintaining a full-time career with Northwest Farm Credit Services, Randy owned and operated Image Farm in Valleyford, WA, whereby he has focused on raising quality Holstein replacement heifers. His son has also stepped into the dairy business by operating the Prairie Gold Dairy in South Dakota, which currently has 3,600 cows and about the same number of heifers. Randy has served as Director, Vice President, and is presently the President of the Holstein Association, USA. In this capacity, Randy helps direct a staff of 150 persons, an annual budget of $15 million, and 20,000 + members throughout the United States. Recently, Randy was elected to the Washington State Farm Bureau board of directors, and an appointment is pending for Randy to serve on the National Farm Bureau dairy policy committee. Although busy, Randy has helped students learn about financial benchmarking in our senior level dairy classes, and has been a CUDS advisor since 1984. Randy has received the WSU Henry Dykstra Outstanding Dairy Alumni Award, and in 2005 was the recipient of the Mel Ehlers Distinguished Dairy Booster Award.