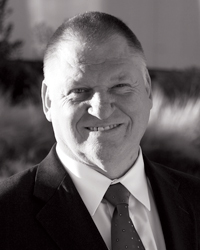 Dr. Davis’ interest in animal science, agriculture and education began as a member of the 1964 “Washington State Dairy Family of the Year” and as an active 4-H and FFA member. At 15, he decided to become a teacher. Gordon obtained his BS degree in agricultural science in 1969. Since Dr. Gary Smith was one of his instructors (meats) at WSU, but was leaving for Texas A&M, Gordon followed Gary and obtained his M.S. and Ph.D. degrees (meats) at Texas A&M University. While at WSU, however, Gordon was involved in the judging teams-being named High Individual (Cow Palace, 1968) and member of championship team of the Meat Animal Evaluation contest (western region, 1969). Gordon coached two National Championship teams in 1973 and 1989 during his career. As an assistant professor at the University of Tennessee (his first academic post) Gordon coached winning judging teams and was an award winning instructor. Gordon was an Assistant then Associate Professor at Texas Tech for nine years, when he discovered the need for educational materials for agriculture and other CTE instruction. He formed CEV Multimedia in 1984, which has subsequently become the largest CTE multimedia company in the world. With his success as Founder/Chairman of CEV Multimedia, Gordon began to “give back”. In 1985, 1996 and 2005, he founded or co-founded three endowments (current corpus – $3.1M) for meat science excellence administered by Texas Tech University. Since inception, more than 200 Animal Science students have received scholarships from these endowments. The Gordon W. Davis Regent’s Endowed Chair in Meat Science & Muscle Biology has been established, and the meat lab bears his name. Gordon has published 37 refereed journal articles and numerous abstracts, book chapters, and (of course) multimedia (1,450 copyrights) for instruction. The company has produced sufficient multimedia (DVDs, CDs) to yield content to meet all state standards for 75 CTE courses across six subject areas (agriculture and five others) for grades 6-12. Gordon has been widely recognized throughout his 40 year career for education of youth/adults and for business success: university level (Texas A&M University, University of Tennessee, Texas Tech University), government level (USDA, SBA), and FFA level (local, state, national). As he would say, “it’s all about the kids.”