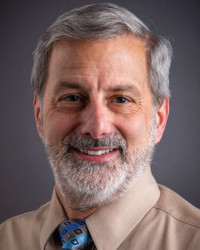 Dr. Mark A. Mirando is currently the National Science Liaison of Animal Production Systems at the National Institute of Food and Agriculture (NIFA), a division of the United States Department of Agriculture. He also serves as the Science Coordinator for the Agriculture and Food Research Initiative where he provides leadership for review and budgetary management of competitive grants in food and agricultural sciences. He previously was National Program Leader of Animal Nutrition, Growth, and Reproduction and Program Director of the National Research Initiative. His service at NIFA ensures that today’s scientists investigate and implement technology and science-based management practices to enhance the efficiency and economy of high-quality animal food and fiber production in the future.

Before joining NIFA, Mirando was a faculty member in the WSU Department of Animal Sciences from 1990 to 2001. While at WSU, he cultivated a national and international reputation with his research on uterine cell signaling in domestic livestock species and was awarded more than $1 million in extramural and intramural support. Mirando also influenced the next generation of animal scientists and mentored 25 graduate students and 3 postdoctoral scholars. He had a major teaching appointment and led the Introductory Animal Science and the Swine Management Laboratory courses, inspiring countless undergraduate students. For his outstanding teaching efforts, he received the R.M. Wade Award for Excellence in Instruction from the WSU College of Agricultural, Human, and Natural Resource Sciences (formerly College of Agriculture and Home Economics) and was also a Featured Teacher for two consecutive years in the college.

Dr. Mirando’s formal education began at Tennessee Technological College where he earned a BS degree in 1979. He pursued his graduate studies at the University of Connecticut where he investigated reproductive physiology and endocrinology and received his MS and PhD degrees in 1982 and 1987, respectively. Prior to coming to WSU, Mirando was a postdoctoral research associate in the Animal Science Department at the University of Florida in Gainesville.