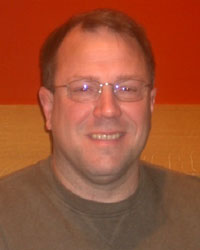 Raised on a beef cow-calf ranch in southeastern Washington State, Mark earned his Bachelor’s degree in Animal Science (Beef Production), his Doctor of Veterinary Medicine (DVM) degree, and his Masters degree in Epidemiology from Washington State University. He then earned his PhD degree in Animal Health Economics from the University of Minnesota. From 1995 to 1999, Dr. Kinsel was a member of the faculty of the University of Idaho’s Caine Veterinary Teaching Center, serving as head of the Dairy Production Medicine program. In 1999 Mark left the University of Idaho to start Agricultural Information Management, Inc., a consulting and software firm specializing in computerized tools for evaluating and improving performance on livestock operations. In 2005, Mark became the State Animal Health Epidemiologist and Johne’s Disease Coordinator for the Washington State Department of Agriculture in addition to running his private business. Throughout his career, Dr. Kinsel has devoted himself to serving others. He has consulted with over 300 agricultural enterprises in Washington State and across the nation, advising producers on methods to improve farm performance. He has served on numerous agriculture-related committees at the local, state, national, and international levels, including the Western Regional Food Animal Disease Research Conference program committee, Central Washington Dairy Management Committee program committee, Washington Animal Response Management committee for the Washington State Department of Agriculture, Spokane County Humane Emergency Animal Rescue Team (HEART), National Alliance of State Animal and Agricultural Emergency Programs, and National Alliance for Bovine Health. In all his endeavors, he has focused on education and the dissemination of knowledge, whether acting as a consultant, an instructor, or a government official. Mark has taught workshops at the National Mastitis Council annual meeting, given numerous lectures on Foreign Animal Disease response and biosecurity at numerous training sites and workshops around the State of Washington–being one of a few certified USDA Foreign Animal Disease Diagnosticians, and taught workshops on Agro-terrorism and Emergency Response to the Yakima Valley Community College Veterinary Technician program, at a national FBI training site, and at training sites for state government field staff. Dr. Kinsel historically volunteers to teach a variety of classes at Washington State University, the University of Idaho and has served for numerous years on the Washington-Oregon-Idaho Regional Program in Veterinary Medicine Curriculum Committee. He has contributed portions of 3 textbooks, published over 100 scientific and educational articles, and has given more than 150 invited talks. He has served on numerous graduate committees and continues to teach and publish scientific articles despite not being a university employee. He currently holds faculty positions as Adjunct Assistant Professor of Epidemiology in the Department of Veterinary Clinical Sciences, College of Veterinary Medicine at Washington State University and Adjunct Assistant Professor of Animal Health Economics in the Department of Clinical Studies, Center for Animal Health and Productivity, School of Veterinary Medicine at the University of Pennsylvania.