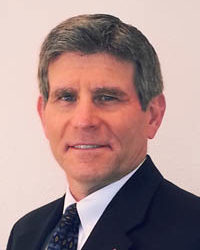 Having risen from a county extension agent, area extension agent, county director, and district director to his present position, Randy has learned how to serve diverse clientele. His experiences have been enhanced by personal ties to Baldree Farms, Eden, Texas, as well as holding numerous interim positions and jobs in the animal agriculture arena. In his past and present capacity in extension, Randy Baldree has solidified his job duties by writing extension and popular press articles, presenting talks at local and national meetings, and developing hand­books, PowerPoint presentations, computer packages, and other “tools” for his extension “team” to use to be more effective, or to share with local/area clients.

Randy is an effective animal ambassador for our department throughout the state of Washington. As an extension administrator, Randy has represented WSU and the Department of Animal Sciences with enthusiasm and integrity.

If all of this sounds like it is only “part of Randy’s job expectations” then one needs to ask themselves the following: Why would some WSU administrator serve as a livestock judge for nearly 40 county or regional fairs? Moreover, why would someone volunteer to become the chair of the Palouse Watershed Planning Unit, a member of the Pacific Northwest Livestock Judges and Show Management School, Director of both the Washington State Sheep producers and Washington State Wool Growers, or Advi­sor of the Palouse Empire Fair Board? Ran­dy has done these, and many other “extra” activities in support of animal agriculture in the state of Washington, and to bordering states in the Pacific Northwest. Randy has participated in nearly every local/regional producer “field day;’ has lectured in production and meat classes and has provided assistance when (simply) asked for.

For his efforts, Randy has been the recipient of numerous achievement or service awards from the National Association of County Agent.􀀵 and the State of Washing­ton Extension Agents. Randy has also been awarded the President’s award, as well as the “Hook” award from the Washington State Sheep Producer’s Association, Palouse Em­pire Fair’s Outstanding Service Award, and an Honorary State FFA Degree from the Washington Association of Future Farmers of America.

These are some of the many reasons why Randy Baldree is the recipient of the 2014 Department of Animal Sciences Service Award.