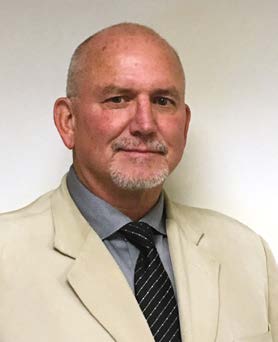 Dr. John Finley is a respected graduate of the department of animal sciences who has contributed to the fields of animal and human nutrition and human health through research, leadership, program design, and implementation. the department is honored to name dr. Finley as the distinguished graduate in science, education, and technology for 2022.

Before coming to WSU, Finley completed his undergraduate education at Clemson University in South Carolina in 1977, majoring in animal science and minoring in fine arts. Thereafter, he taught biology and general sciences at a local high school in Charlottesville, Virginia and finished a Master of Education at the University of Virginia in 1983.

At WSU, Finley received two graduate degrees in animal science – an MS in 1986 with his research in ruminant nutrition in Dr. Mark Nelson’s lab, and a PhD in 1989 with his studies of selenium metabolism in rats with Dr. Ron Kincaid. At the same time, he was a teaching assistant for many of the department’s core undergraduate courses.

Finley continued his interest in mineral metabolism research as a post-doctoral research chemist at the USDA Grand Forks Human Nutrition Research Center in North Dakota. In 1992, he moved into a permanent position at the same location, which he held for the next 16 years.

He was a visiting scientist at the U.S. Food and Drug Administration in 2005 and was Director of Regulatory Affairs at a food company prior to beginning his current position in 2009 as the National Program Leader for Human Nutrition at the USDA-Agricultural Research Service in Beltsville, Maryland. In this position, he directs the scientific programs of six Human Nutrition Research Centers around the country and approximately 165 scientists.

He has published more than 100 peer-reviewed scientific articles and his research led to advances in the understanding of trace element metabolism and nutrition as well as how agricultural production is related to nutrition and human health.

Notable achievements during his career with the USDA-ARS include research that shows the complex interactions of antioxidant substances in foods and antioxidant gene expression, human clinical trials that showed how manganese and selenium absorption and bioavailability are regulated, how dairy rations influence fluid milk composition, and showing that agricultural production influences nutritional profiles in a plant.

As National Program Leader he was instrumental in revamping and expanding the National Nutrient Database which contains composition information on almost ½ million foods, and instrumental in developing cross-disciplinary research programs that integrate USDA nutrition and human health challenges such as hunger/food security and obesity with agricultural issues such as production management, sustainability, and climate/ environmental change.

Finley is particularly interested in the big picture – how does agriculture and nutrition impact human health? The accumulation of nutrients and bioactive compounds in foods is affected by agricultural production methods, food processing, environment, and climate change. Moreover, sustainability is an increasing concern, and he asks, “Can a sustainable food system be developed that is equitable to producers as well as maximizes health benefits?”

After almost 30 years working for the USDA-ARS, Finley is looking forward to retirement in 2022. He and his wife, Linda, plan to move to Asheville, North Carolina where both can enjoy and get involved in the city’s active art scene and have more time to travel and visit their six children and their grandchildren. Finley anticipates spending much more time with his favorite outdoor activities, primarily whitewater kayaking, backpacking, mountaineering, and skiing.