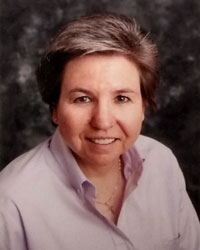 Soon after graduation Barbara entered the sales business, working first in the Pacific Northwest (Washington, Oregon, Idaho, and Utah) region for Syntex where she was instrumental in raising sales more than 40%. She then went to work for Red Rock Feeding Company, a 30,000 head commercial cattle feeding operation, but rejoined Syntex several years later where she recorded $1.6 million in sales per year in the Texas/New Mexico region.

In the 10 years she worked at Syntex, Barbara was a highly effective salesperson and also served as a Sales Trainer, National Accounts Coordinator, Director of Advertising and Public Relations, and was the Western Sales Manager for Syntex in Des Moines, Iowa.

In 1987, Barbara began a marketing consultation service (TurnKey Promotions) in Tucson, Arizona, which has been a highly successful venture. She remains as President of TurnKey Promotion. Her success in this business led to co-ownership of Vaquero Feed and Livestock Supply and ReproTec, Inc., which produces a chuteside test for bull fertility. She is Secretary of Reprotec, Inc and is President of Animal Health Express, Inc., the parental company of both livestock-based businesses located in Tucson, Arizona.

Throughout her career, Barbara has “given back.” She was chosen by the governor of Arizona to serve on the Arizona State Veterinary Examiners Board and was selected, and subsequently reappointed, by the Secretary of Agriculture to serve on the Cattlemen’s Beef Board. Barbara has been a member of the American National Cattlewomen’s Association and was named the 2007 American National Cattlewoman of the Year. Barbara subsequently served as the President of this organization in 2013. In 2010, Barbara was the recipient of the “Friend of CALS” Award, presented by the College of Agriculture and Life Sciences (CALS) of the University of Arizona.