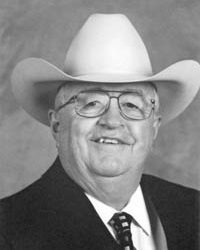 Dan Coonrad, who grew up in the Kittitas Valley, earned a bachelor’s of science degree in agriculture at WSU in 1963. He was hired as beef herdsman in 1967 and remained at WSU for 36 years. He makes his home in Pullman.

He coached the Livestock Judging Team for about 25 years, including the 1970 team that won the Pacific International. He has been active in a number of cattle organizations and has held numerous offices. He and his wife Karen served as advisers for the Northwest Junior Angus Association for 15 years and were named National Junior Angus Advisors of the Year in 1988.