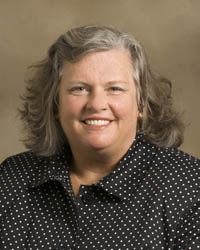 Dr. Debora Hamernik is an Associate Dean of the Agricultural Research Division (ARD), Associate Director of the Nebraska Agricultural Experiment Station, and Professor of Animal Science at the University of Nebraska. From 2001-2009 she served as National Program Leader, Animal Physiology, with the United States Department of Agriculture (USDA) Cooperative State Research, Education, and Extension Service (CSREES). She also served as a Scientific Review Administrator in the Center for Scientific Review (CSR) at the National Institutes of Health (NIH) from 2000-2001 and as Program Director for the USDA-CSREES National Research Initiative (NRI) competitive grants program from 1997-2001. Deb was an Assistant Professor in the Department of Physiology at the Arizona Health Sciences Center at the University of Arizona from 1995-1997 and an Assistant Professor in the Department of Veterinary and Biomedical Sciences at the University of Nebraska, Lincoln from 1991-1995. She was a Postdoctoral Fellow in the Department of Pharmacology at Case Western Reserve University from 1988-1991. Dr. Hamernik received her B.S. degree in Animal Science from the University of Nebraska, Lincoln in 1981; her M.S. degree in Animal Science from Washington State University in 1984 with Dr. Jerry Reeves; and her Ph.D. degree in Physiology & Biophysics from Colorado State University in 1987 with Dr. Terry Nett. While at USDA she received the USDA Secretary’s Honor Award for Excellence for the eGrants Implementation Team (2007) and she was named CSREES Employee of the Year in Science and Education (2004). In 2008, she was inducted into the CSREES Hall of Fame. Dr. Hamernik also received the Women’s History Month Alumni Award from Washington State University College of Agriculture (2004). As shown by her success in a variety of divergent areas, Dr. Hamernik is a shining light in the field of animal agriculture.