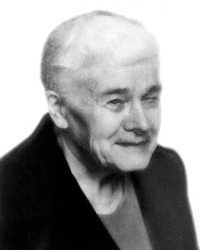 Gladys Christian, the first woman to graduate in animal sciences from Washington State University, was named the department’s 1995 Outstanding Alumnus.

For the past 50 years, Christian has trained and raised Appaloosa horses. She has been involved with the Appaloosa Horse Club since its founding in 1938.

Early in her career, Christian managed a 3,000-acre wheat and cattle ranch near Lewiston, Idaho.

Today, the Tigard, Ore. resident contributes her time and talents to H.O.R.S.E.S., an equestrian program for the physically challenged.

“When Gladys lost her vision (four years ago through deterioration), many people told her she would no longer be able to use her skills in the equestrian world,” said Susanne Rosen, H.O.R.S.E.S. equestrian director. “Not true. Gladys can accurately diagnose injuries and illnesses with the touch of her hand and her mind’s eye full of memories. Gladys can feel what an x-ray can see.”