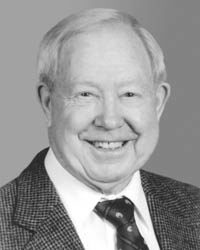 Joe Blake, who now lives in Pullman, grew up on a poultry farm between Sultan and Monroe, remained in Pullman after receiving a bachelor’s of science degree in agriculture at WSU in 1955, and served as a dairy herdsman at the J.C. Knott Dairy Center for 37 years.

He coached WSU’s dairy teams from 1962 until his retirement. He also judged at many fairs as well as for the Washington State Dairy Family of the Year and the State Dairy Princess Program. He was elected into the Washington Purebred Dairy Cattle Association’s Hall of Fame in 1983 and in 1993 he received the Henry Dykstra Outstanding WSU Dairy Alumni Award.