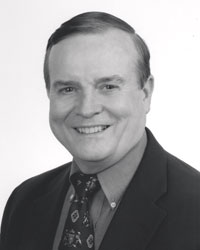 Richard obtained his BS degree in animal science in 1968, his M.S. degree in food science (WSU) and subsequently his Ph.D. degree in food science from Cornell University. Richard has worked for numerous food companies (Nestle, Armour, Sara Lee, Nalley’s and McCain Foods), where he has saved the companies millions of dollars (due to inefficiencies) or has increased sales of (old and newly developed products) by multi-millions of dollars. Sixty-five patents were obtained by Richard for this work. Richard also has worked with numerous researchers in grants activities totaling over four million dollars, including a present project funded by the National Cattlemen’s Beef Association/NIH/ISS for prion research. Richard served/serves WSU by being a member of the WSU Foundation (Board of Trustees), President of the CAHE Alumni Association (1986-1994) and CAHE Dean’s Advisory Committee (1988-1997). Richard was the President of the Advisory Council for the Washington State Department of Agriculture (1988-1994), is a member of the Governor’s Council on Agriculture and the Environment (1994-present), is on the Pierce County Farm Board (2005-present) and winner of the Puget Sound Regional Council 2007 “Vision 20/20” award. Richard was one of the founding board members of the Friends of Animal Sciences alumni association (2006-).